Sign up to get the latest
news and updates

Join over 3,000 members to get weekly updates and special deals only available via email.
no, thanks
Share:
Acting, Filmmaking, Producing
0 like
387 Views

The show lasted for two years and took him all over the country, interviewing new aftermarket products for cars, test driving, and going to races. This experience enabled him to learn a lot about TV. After spending a substantial time behind the cameras, it was now time for Angelo to pursue his love – acting. 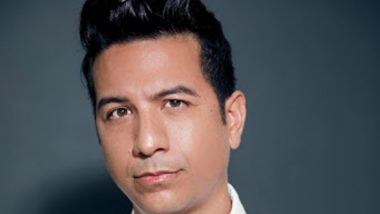 Acting – A profession desired by many yet excelled by only a few. It is risky and requires some luck, but the glitz, glamor, and high life attract many people. There is a common misconception that this profession is comparatively easy. For many, the definition of acting is simply people conversing on screens, faking emotions, and memorizing lines, which is untrue.

Acting is more than just reading scripts or performing an action scene. It is an art for which the artist has to embrace the character completely to give a stellar performance. The ultimate goal of a great actor is to act naturally. They are so fluent and confident that their skills are almost invisible. Al Pacino, Tom Hanks, Leonardo DiCaprio are a few names that have given the movie industry major blockbusters and are known for their exceptional acting skills worldwide. Following in their footsteps is Angelo Reyes.

The emerging star, Angelo Reyes, is an Italian-Filipino actor who has transmuted his passion for acting into a successful reality. Reyes has been making strides in the media industry in one way or the other. He is not only an actor but a creative designer, producer, and TV show host. Being an ardent follower of dreams, Reyes is a firm believer of ‘dreams don’t work until you do. –John C. Maxwell

A Neapolitan mother and a Filipino father from Angono, Rizal, Angelo Reyes, was raised in Naples, Italy. He spent the first nine years of his life in Naples, Italy, until his father, in the US Navy, was transferred to Naval Station Norfolk in Norfolk, VA. Reyes grew up in Virginia Beach, VA.

Living in a biracial household, Angelo fluently speaks a few languages, such as Italian, Spanish, English, and some Tagalog. He also had the exposure of consuming Italian and Filipino movie content which enabled him to create a different perspective of acting. As he was inclined towards arts in general, Reyes started with being a creative director. He joined an agency in New York and created websites, logos, and commercials for them. Reyes then transitioned to producing and creating an automotive show in 2002.

Reyes was unafraid of challenges and faced them with a bold attitude. Staying in the same field, he switched to TV hosting. He hosted and co-produced a local TV show in Portsmouth, VA, called Street Vision Garage. The show lasted for two years and took him all over the country, interviewing new aftermarket products for cars, test driving, and going to races. This experience enabled him to learn a lot about TV. After spending a substantial time behind the cameras, it was now time for Angelo to pursue his love – acting.

The transition from hosting and producing to acting took him to New York in 2004. Here he attended acting classes at the Stella Adler Studio of Acting. During this learning phase, he met an internationally renowned Acting Teacher/Coach Lynette Sheldon. He then studied under Lynette Sheldon’s guidance at the LS Acting Studio for a few years and matured as an actor in 2008. To further hone his dream, he ventured to Los Angeles to start working as an actor. Reyes appeared in different TV shows and films. Many platforms have recognized his performance. He has won several titles, including ‘Best Supporting Actor’ in 2016 for Amoriph and ‘Rising Star Award’ in 2018 by Westfield International Film Festival.

Soaring in the field of acting, Angelo decided to take his skills up a notch higher. He produced his first short film, Heartless, under his production label Reyes Production in 2015. The process of creating this film was highly rewarding as he learned tremendously. He earned the award of ‘Merit Special Mention’ in 2015 by Accolade Competition for Lead Actor in his movie.

That’s what makes acting so attractive. You get to break all your own rules.

To become a better actor and explore art, he decided to dive deep into production. He then spent three years writing three feature-length human impact stories based on or inspired by true events. In 2018, he produced, directed, and acted lead role in short film concept, Groomed, which was based on a true-life story about Human Trafficking in VA. The film won ‘Best Drama’ in 2018, ‘Best Editor’ in 2019 by the Beverly Hills Film Festival, ‘Award of Excellence by Accolade Competition, ‘Merit Best Shorts,’ ‘Platinum Award’ by LA Shorts Awards, and ‘Best Short Film.’

As of 2020, 21st & Colonial is the multi-faceted individual’s latest works. He has produced, directed, and acted in this social injustice film inspired by a true event in Norfolk. The film won the Silver REMI Award at the 54th Worldfest International Film Festival. Fueled by his love for cinema, Angelo is currently creating 21st & Colonial in a feature-length film.